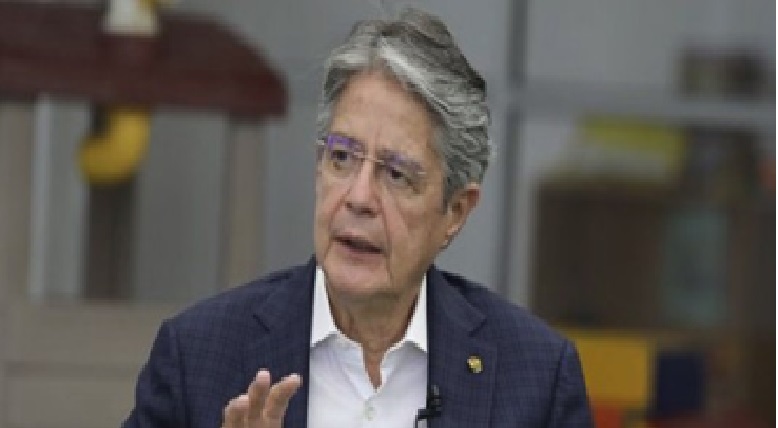 Ecuador will produce more than 580,000 barrels per day (bpd) of oil next year, Energy Minister Juan Carlos Bermeo said in an interview with Argus Media in November. He added that the government of President Guillermo Lasso has set a goal of doubling oil output to one million bpd by the end of his four-year term in 2025. Meanwhile, state oil company Petroecuador last month modified the terms and conditions of oil transactions in a bid to offset increasing difficulty for buyers to obtain credit from banks and insurers that are prioritizing  ESG and climate concerns. What is driving Ecuador’s outlook for the oil sector in the year ahead?  What policy changes is the Lasso administration undertaking in its bid to boost oil production, and what are the most important challenges it faces? How is the rising significance of ESG investing  principles thwarting Ecuador’s oil output goals, and what should the government do to address the trend for better  ESG standards?

Jorge León, member of the Energy Advisor board and energy economist at BP: “As the energy transition accelerates and the shift away from fossil fuels gathers pace, the competition between oil producers to monetize their resources will likely increase. That means that for small producing countries in the next decades it will be increasingly more complicated to attract investment to develop domestic oil production. For that reason, the Ecuadorean government has a good window of opportunity in the next few years to move forward with plans to boost production. In that sense, it is most likely now or never. That is why the move from Petroecuador to modify the terms and conditions to facilitate upstream investment is a welcome initiative and should make a difference. There are, however, other aspects that are needed to further incentivize the participation of investors under the ESG scrutiny. In particular, focusing on decarbonizing the extraction process and ensuring that environmental considerations are respected is key. In any case, the government target of doubling oil production in less than four years might prove to be too optimistic. High rates of decline and years of underinvestment have had an impact on the Ecuadorean outlook. If the target is met, it would definitely boost the Ecuadorean economy, and it would put Ecuador back on the list of big oil producers.”

Kevin Koenig, climate and energy director at Amazon Watch: “During COP26, Ecuadorean President Guillermo Lasso failed to mention his plan to double oil extraction. A move incompatible with the International Energy Agency (IEA) is calling for an end to development of new reserves and the Paris Agreement. Ecuador’s expansion plans mean drilling in places such as the Yasuní National Park—rich in biodiversity and home to the Tagaeri and Taromenane peoples living in isolation, for whom drilling is an existential threat. Lasso’s plan is also contingent on opening up almost 2.8 million hectares of Indigenous territories, whose people are adamantly opposed to extraction. Indigenous communities recently filed suit against Decree 95, which establishes reforms to the hydrocarbons sector aimed at courting new investment. All of these issues, together with frequent spills and corruption scandals, weighed heavily on financial backers responsible for the trading of Amazon crude from Ecuador. Since January, European banks— such as BNP Paribas Group, Credit Suisse, ING and UBS—have committed (in various forms) to excluding Ecuadorean Amazon oil from their trading activities. The financial industry is coming to grips with its complicity to the threats and risks of Amazon oil. The campaign for banks to Exit Amazon Oil & Gas is gaining momentum. The country would be wise to join the Beyond Oil and Gas Alliance (BOGA) and commit to a phaseout plan of production and no new expansion, and actively lobby for debt justice and support from Annex 1 countries for a just transition to a post-petroleum economy.”

Santiago Mosquera, dean of the UDLA Business School and head of research at Analytica Investments: “President Guillermo Lasso has been promoting concessions in an attempt to court private investors. In strategic sectors, the government wants the private sector to run the three existing refineries: Esmeraldas, La Libertad and Sushufindi, which in 2020 handled 71,800, 28,500 and 16,400 barrels per day (bpd), respectively, together down 18 percent as compared to 2019 figures. The government also wants to move to the private sector the construction and operation of a logistic harbor in Santa Elena province, near the most western point in the country, which could provide oil-related services not only to Ecuador but also to Colombia, Peru and Chile. In the oil sector, the government faces a major challenge. President Lasso wants to increase production to more than 580,000 bpd in 2022 and to reach one million bpd by the end of his term in 2025. Current production stands at approximately 485,000 bpd and is down 5 percent year-on-year. This jump in crude production could only be possible if major international oil players from both sides of the Atlantic decide to invest heavily. However, big oil companies are staking big bets on a pivot from oil to renewable power, and in general are on their way to implement ESG policies and programs to reduce their impact on the environment. Drilling in protected areas in the Ecuadorean rain forest where oil reserves are located poses a high reputa- tional risk for such companies in their quest for energy transition, net-zero economy goals and their need to attract ESG money”

«This jump in crude production could only be possible if major international oil players….decide to invest heavily.»

Fuente: Energy Advisor – A Weekly Publication of The Dialogue