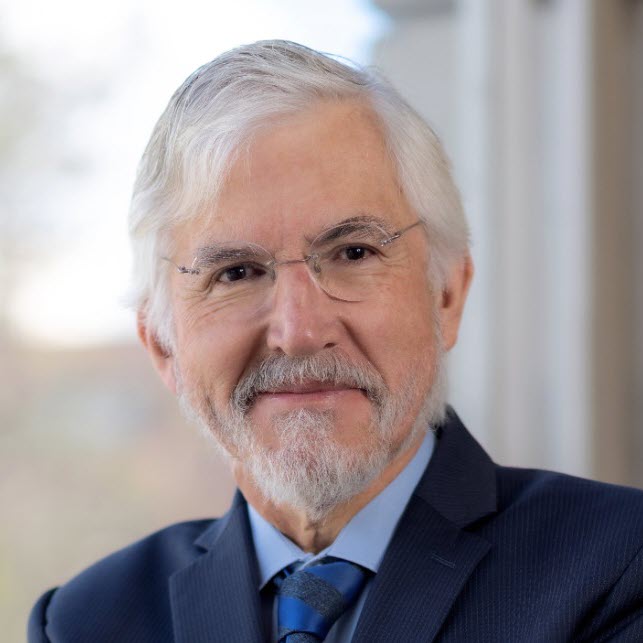 Ecuador has rejoined the World Bank’s International Center for Settlement of Investment Disputes, or ICSID, more than 10 years since it left the arbitration body. The administration of new President Guillermo Lasso said membership in the arbitration tribunal is an important step toward attracting investment and establishing new trade partnerships. How significant is Ecuador’s move to rejoin ICSID? What else does the Lasso government need to do to boost investment in the country and secure Ecuador’s credibility in the international community? To what extent is the Andean nation likely to join the Pacific Alliance trade bloc, which also includes Chile, Colombia, Mexico and Peru, and what would this mean for Ecuador’s potential to increase levels of exports and imports?

Jonathan Hamilton and Francisco X. Jijón, partners at White & Case LLP: “The cycles of Latin American history persist: some countries continue to oscillate between nationalist and market-oriented macroeconomics, with related shifts in international dispute policies. The return of investment protection policies in Ecuador shows that it has come full circle in just more than a decade. In a sign of the times, Ecuador, like most countries in the region, ratified investment protection treaties around the turn of the century and also ratified the ICSID Convention, submitting to international arbitration before ICSID at the World Bank. Ecuador then changed course under the Correa administration, which took strong steps affecting foreign investment and deconstructing the framework for protecting investment, including pulling out of the World Bank arbitration system in 2009 (which became effective in 2010), as well as by terminating bilateral investment treaties, some of which are still in force under survival provisions. Now, under the new Lasso administration, Ecuador has signed up to resume participation in the same World Bank dispute resolution mechanism. This step is subject to ratification. Ecuador is also seeking to enter into new investment treaties and the Pacific Alliance. It is almost as if the Washington Consensus is back on track in Quito. Ecuador’s shift emerges, however, at a time of disruption to globalization, the assumptions of the Washington Consensus and investor confidence in the region. Investors, and internationalists, will embrace Ecuador’s step as a hopeful sign. Time will tell.”

Francisco Jarrín, president of the Chamber of Industries of Guayaquil: “Rejoining ICSID is a clear message to the international community of Ecuador’s commitment to creating a new business environment for foreign investors. Most bilateral international treaties (BITs) use ICSID for state-investor disputes, so being part of it is a necessary step to subscribe to new investment treaties including with the United States and European countries. It is extremely important that the new government and legislature improve the country’s competitiveness and business environment. On the one hand, the government must eliminate all procedures that excessively hinder companies’ operations as well as tariffs that affect production costs. On the other hand, the government and the National Assembly should work together to pass labor, tax, finance, monetary and stock market reforms, as well as investment promotion, among others. The new government must focus on restructuring and optimizing public spending to reduce the pressure to increase public debt, as well as eliminate all distorting taxes. We have high expectations that Ecuador will subscribe to a trade agreement with Mexico. The negotiations are advanced and expected to conclude before year-end. This negotiation is important not only because it will allow us to take advantage of the potential trade opportunities but also because it will open the door to entering the Pacific Alliance, which is one of the most successful integration schemes in recent times. Beyond the expansion of trade, the significance of the Alliance to Ecuador lies in the investment opportunities that improved business conditions bring as part of the country’s commitments, as well as the opportunity to participate in future trade negotiations, especially with Asian countries.”

Leonardo Stanley, associate researcher in the economics department of the Center for Study of State and Society (CEDES): “The 1990s witnessed a surge in economic and legal reforms that prioritized markets over government in allocating economic resources. The new framework favored foreign investors, installing a top-down, quantitative approach to FDI. Unexpectedly, the benefits of bilateral investment treaties (BITs) proved minimal, and damages for alleged breaches increased. Criticism of these agreements erupted, with the argument that such deals can potentially undermine investment. Meanwhile, environmental NGOs pleaded with international organizations for changes toward a more holistic perspective on growth, saying development should be socially inclusive and environmentally sustainable. Civil society pressure regarding implementation of social and environmental development goals came to challenge the top-down approach, paving the way for a new, bottom-up, qualitative approach. FDI quality (not quantity) is becoming mainstream, and, due to constituencies’ pressure, mandatory for governments around the world. Lasso’s decision looks toward the past; unfortunately, he is not alone. Latin America’s global insertion remains correlated to natural resource exploitation, with Ecuador relying on exports of fossil fuels. Climate change challenges governments around the world; the energy transition requires structural change for oil-exporting countries. The neoliberal discourse remains a cornerstone of Latin America’s international insertion, relying on a static comparative model and a traditional, neoliberal financial viewpoint. The oil industry lobby undermines any attempt at change. A mix of political weaknesses and ideological prejudices prevents any progress toward a strategy of productive diversification. Rejoining ICSID, passively entering into new BITs and empowering investors (mostly coming into the oil sector) is bad, sad news—for Ecuadoreans, for the environment and for the world.”

Siobhan Morden, managing director at Amherst Pierpoint Securities: “The announcement of Ecuador rejoining the World Bank’s arbitration body follows a broader strategy under the Lasso administration to reopen the economy to international trade and investment. This builds upon an initial reopening under the former Moreno administration to transition from autocracy back to democracy and depart from the inward isolation of Correísmo. The improvement in U.S. diplomatic and trade relations should further capitalize on already high integration under dollarization with a push to broaden global trade agreements. The current constraints of weak dollarization should force policy pragmatism with friendly creditor relations and policy orthodoxy as necessary criteria to access external credit and foreign direct investment. There are few options for the large gross financing needs and near saturation of local funding markets. It’s too soon to say whether the Lasso administration will succeed in attracting capital inflows and overcoming the reputational stigma of repetitive crisis and policy mismanagement. The important test is whether there is broad social and political awareness of what is necessary to defend dollarization. This will require commitment to controversial economic reforms to reduce the structural fiscal imbalance and improve labor market flexibility. The elections weren’t so much an endorsement of an economic reform agenda under the Lasso administration but rather a rejection of the corruption and autocracy of Correísmo. The burden is on the political team to raise social awareness and broad support for the reform agenda, which is no easy task in the aftermath of the pandemic and the regional pushback to austerity measures.”

Ramiro Crespo, president of Analytica Securities in Quito: “Even Ecuadoreans barely trust Ecuador’s judicial system. There is a big effort underway to clean it up. However, it is a herculean effort there are too many incentives for corruption and moral hazard. For example, state-owned enterprises, which are monopolies in-so called ‘strategic’ sectors, are black boxes: they do not have externally audited financial statements, they lack competent oversight, and many times they are run by people who become politicians to access businesses in the oil, telecommunications and electricity sectors in a significantly corrupt fashion. Hence, a clear example of adverse selection of politicians that brings poor governance. In this corrupt environment, independent and impartial judges are critical. Investors are aware that ICSID has ruled against Ecuador several times, so it will be unimaginable to have first-order foreign investors with no arbitration treaty of this kind. Furthermore, Ecuador needs to sign a trade agreement with the United States and Mexico and join the Pacific Alliance, which is very likely to occur before the end of the year. This will lead to the diversification and growth of the nation’s imports and exports. Additionally, Lasso’s government needs to follow Brazil and Colombia’s example of bringing oil and other state-owned companies to global financial markets in the shape of public-private partnerships (PPP), and create a local equivalent of a strong securities and exchange commission (SEC).”